Nearer God's heart in a garden... 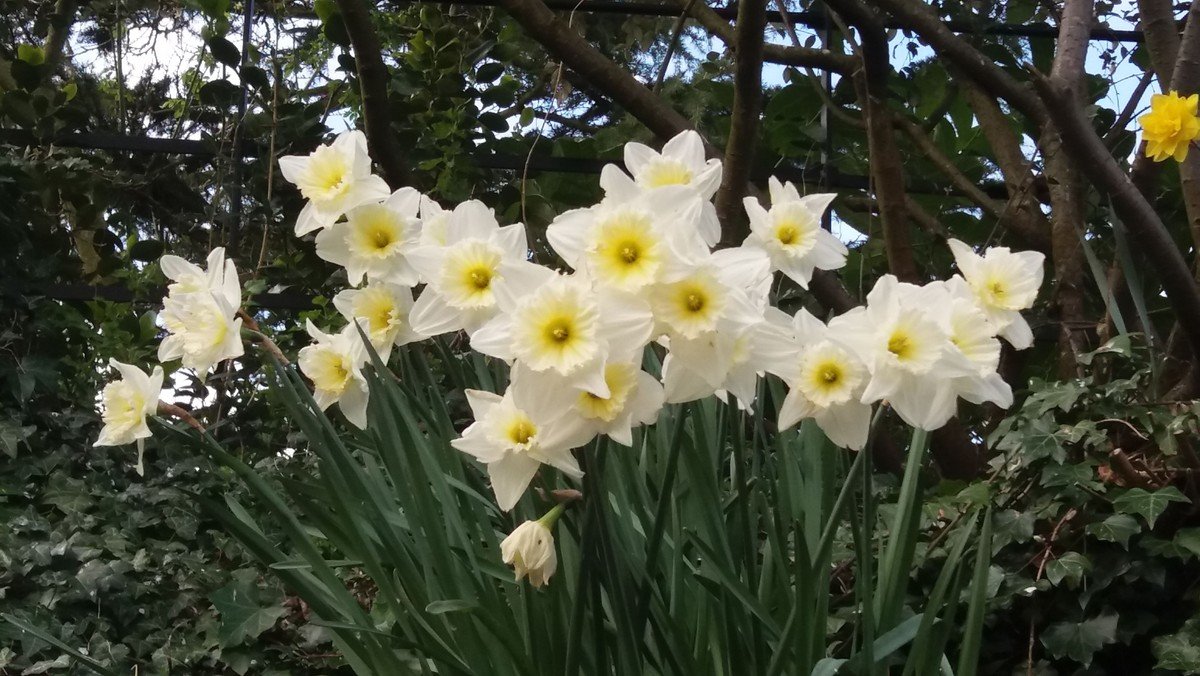 During these weeks of glorious weather, I’ve been spending most of my time trying to reclaim my sorely-neglected garden from invasive weeds and unwanted creepy-crawlies. When I’m not singing ‘Daisies are our silver’ under my breath over and over again, I keep coming back to that well-worn ditty,

‘The kiss of the sun for pardon,

The song of the birds for mirth,--

One is nearer God's heart in a garden

Than anywhere else on earth.’

Actually a verse taken from a longer poem, these four lines by Dorothy Frances Gurney are so well known as to be something of a cliché. But if you read the whole thing, Gurney’s poem underlines the way in which the symbol of the garden is like a red thread running through salvation history: from the initial perfection of the Garden of Eden, and humankind’s subsequent fall from grace; through the loneliness and terror of the Garden of Gethsemane; to the quiet setting of Christ’s tomb on that first resurrection morning, where Mary Magdalene, encountering the risen Christ, mistakes him (or is it a mistake?) for the gardener. Beyond this, the book of Revelation points forward to a vision of the New Jerusalem, bisected by the river of the water of life, along which are planted trees of life, whose leaves are ‘for the healing of the nations’.

The description of Creation in the book of Genesis makes it very clear that animal, vegetable and mineral were intended from the outset to co-exist in harmony. The insights of the ecological movement underline the interdependence of all created things, the delicate balance so easily disturbed by human beings throwing their weight around. Just as the human body relies on the proper functioning of all its constituent parts, the ‘less respectable’ as well as the ‘more respectable’ [!] (as St Paul makes clear in 1 Corinthians 12: 12-26), so the eco-system depends on the flourishing of all its different elements and creatures. (Though I’m still trying to work out where lily-beetles and bindweed fit into that.)

Gardens offer us an image of a life lived in harmony with God and God’s creation, with the promise of healing, and ‘life in all its fullness’. It’s important not to get too starry-eyed about gardens, however; for as anyone who has ever tried to get to grips with one will know, it also requires a lot of perseverance and hard graft (and during this last very wet winter, really good waterproofs and wellies). My husband is fond of telling a joke about the vicar who stops by a beautiful garden to have a chat with the elderly gardener on the other side of the hedge. ‘Isn’t it marvellous’ says the vicar beatifically, ‘what God and a gardener can do together!’ The gardener harrumphs, and shakes his head slowly. ‘We-e-ell’, he says, ‘you should’a seen it when ‘e ‘ad it to isself!’

We all have a vision of beauty, harmony and fruitfulness planted within us; but for that vision to come to fruition in our world, it’s crucial that humankind, like the gardener in the joke, is prepared to work in co-operation with God. Of course we need to care for the created world – and the present ‘climate emergency’ is bringing home to us just how urgent it is that we learn to curb our acquisitiveness and our greed in favour of more lasting treasures. But beyond that, perhaps we need to get used to the idea that we too are a part of the created order, subject to the same laws and limitations – not somehow outside or above them. The original story of the Fall – which led to the expulsion of Adam and Eve from the Garden of Eden – is not really about sex, though successive generations seem to have taken it that way. It is about human beings setting themselves up against God (cf. Genesis 3:5, ‘When you eat’, says the serpent, ‘you will be like God, knowing good and evil’). It is about people doing things ‘because they can’ rather than because it’s a good thing to do. Right from the beginning, our ethical sense has failed to keep up with our technological skill. Perhaps it’s time to redress that balance.

Sarah and Brendan
Tuesday, 21 April 2020 11:49
Thank you Louise . We looked up Dorothy Frances Gurney as we hadn't heard of her before, very interesting. The corinthians passage was very familiar. We have some reflecting to do while we enjoy this beautiful weather.