Week 4: Some Themes in the Old Testament 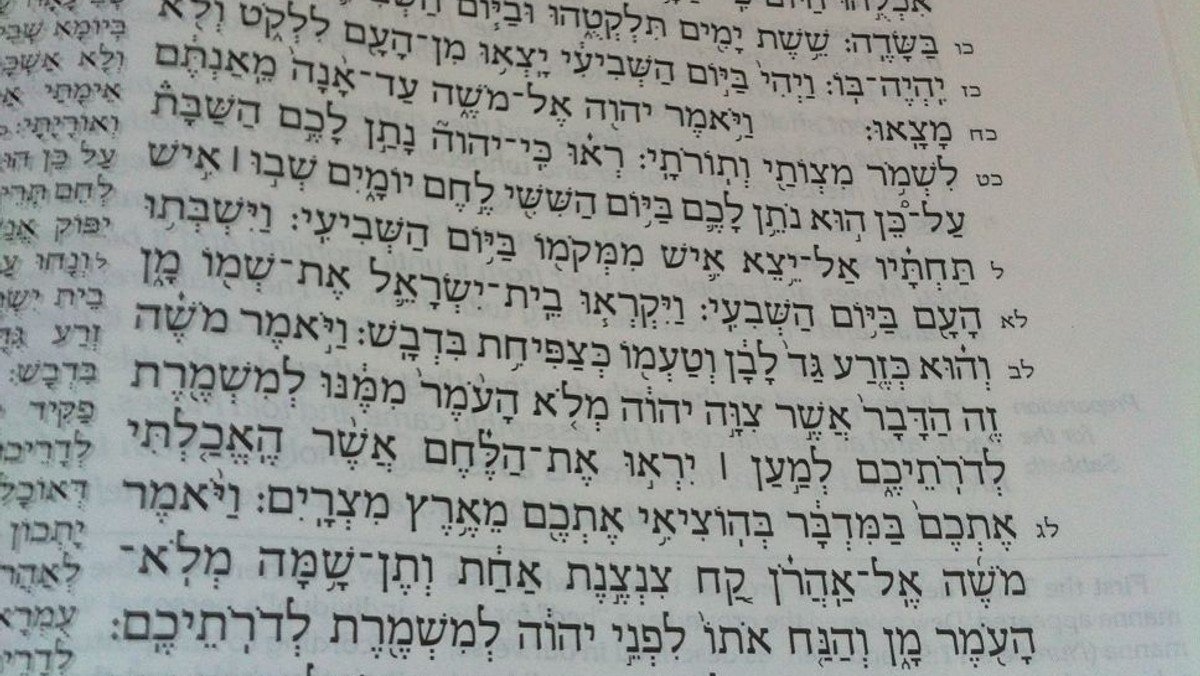 In introducing the Old Testament in Week 1, we said that it had only been put together in its present form in the last three or four centuries before Christ. This is relevant, because not only the Pentateuch (the first five books of the Bible that contain the Law or “Torah” that was believed to be God’s particular gift to the Jewish people) but also most of the “histories” (Joshua to Esther) cover a period well before the stories took their present form, so there may be quite a lot of hindsight and reinterpretation in the re-telling. For example, the god of Israel known by the unpronounceable name YHWH was probably thought of as just one god among many until the 6th century BC; see Psalms 82, 95 and 97 for survivals of this idea.

So bearing this in mind – and remembering that some stories about the early history of Israel may only have taken their present form many centuries after the period they purport to describe – we can examine two of the recurrent themes or tropes found in the Old Testament. Next week, we will consider how these ideas might have helped New Testament writers find a way to describe their experience of Christ.

The idea of a covenant

Covenants are undertakings – promises – by God. Some are unconditional, but others are conditional on human obedience.

One of the first is an unconditional covenant with Noah and his family to save the ark from the flood (Genesis 6.18), followed shortly afterwards by an equally unconditional one with the whole of creation not to allow another general extinction (Genesis 9.8-17). Then there’s an unconditional covenant with Abraham when he’s still called Abram (Genesis 15.1-6), of which Paul was later to make a lot of theological use.  It is followed by a conditional covenant (Genesis 17.1-8) which is the basis of Jewish identity as YHWH’s chosen people. The requirement placed on God’s people to obey God’s Law is amplified in the Ten Commandments (Exodus 20.1-17) and the so-called “Book of the Covenant” (Exodus 20.22-23.33). It is repeated in Deuteronomy, where the covenant made explicit at Deuteronomy 26.16-19. Deuteronomy was almost certainly the “book of the law” found when builders were working on the repair of the Temple during the reign of Josiah around 620 BC (2 Kings 22.8), and Josiah – who as a result instituted a dramatic programme of religious reform – is recorded in 2 Kings 23.1-4 as making all the people of Judah reaffirm their commitment to keep their side of the bargain.

The idea of exile (and return?)

The first exile recorded in the Old Testament – which is going to carry more theological weight in the New Testament – is the expulsion from Paradise (Genesis 3.22-24).

The most important ancestral myth of the Jewish people is their escape from oppression in Egypt, their miraculous crossing of the Red Sea, the destruction of their pursuers and their forty years wandering in the wilderness before they achieve freedom in the promised land (a story told at length in Exodus, Deuteronomy and Joshua).

It was a myth that gained extra relevance when in 586 BC (not long after the reign of Josiah) the kingdom of Judah was defeated by Babylon (present-day Iraq), Jerusalem was sacked, the Temple destroyed and the leaders of the kingdom exiled (see 2 Kings 25). They were able to return and rebuild Jerusalem and the Temple only after Babylon had been defeated by Persia in 539, a story told in Ezra and Nehemiah.

The theological question that this raised was how – given Josiah’s insistence on Judah’s obeying the covenant – God had allowed this to happen. Whose fault was it? This question dominates a lot of the Old Testament, much of which was written or re-written around the time of the exile. Examples include Psalms 44 and 80 (the former is particularly powerful in its accusation of abandonment by God and its questioning of covenant theology). Similar thoughts are found elsewhere in the psalms, in the later parts of Isaiah (from chapter 40 onwards) and most explicitly in the book of Job.

The branch of theology dealing with this question – defending God against the charge of allowing evil to exist – is known as “theodicy”. It is a question that arises inevitably as soon as God is seen as all-powerful, and the Old Testament can be seen as struggling to find a satisfactory answer. For Christians, the answer will be found in the New Testament.